Seizures in Dogs and Cats

Both dogs and cats can suffer from epilepsy. Epilepsy is a neurological disorder characterized primarily by uncontrolled seizures. In dogs, epilepsy is most often an inherited condition. There are two types of seizures to be on the lookout for:
Seizures are usually caused by a change in electrical activity in the brain. These changes can be triggered by chemicals, a blow to the head, malnutrition and diseases of the nervous system.

Types and Causes of Epilepsy in Dogs

There are not that many differences between feline and canine epilepsy. Both cause uncontrolled seizures and both can go years without diagnosis, depending on the severity of the seizures. But while feline epilepsy is characterized (in most cases) with Focal Motor Seizures, your canine friend faces three possible types of epilepsy:

Either type of seizure can occur with canines, no matter what type of epilepsy your canine friend is diagnosed with. However, felines are more likely to suffer with Focal Motor Seizures, making it more difficult to recognize the symptoms of epilepsy.

Conventional Treatment of Epilepsy in Dogs and Cats

Conventional treatment includes initial diagnosis of the type of of epilepsy followed by a possible extensive, and probable life-long, routine of prescription drugs. The diagnosis phase includes a full work up or tests. These tests include:

After diagnosis is confirmed, the vet will likely prescribe drugs that can counteract the effects of the seizures. In the case of Primary Epilepsy, which there is no known cause, the prescription drugs will likely be in the form of reactive treatment to help alleviate problems with the kidney and liver.

Natural Treatments for Controlling Seizures in Dogs and Cats

Natural remedies are preferential to some pet owners whose pets suffer from ill side effects from conventional prescription drugs, many of which can cause upset stomachs and an overall sedated state. Combined with a proper diet, herbal and homeopathic remedies can help prevent or reduce the occurrence of seizures. For instance: 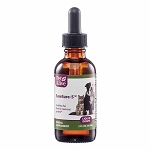 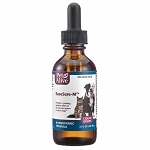 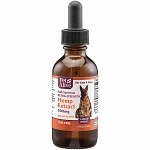 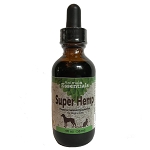