Posted by Holistic Pet Info on 11/29/2019 to General Topics
Cats are prone to a number of liver ailments, including hepatic lipidosis, often called Feline Fatty Liver Disease.  Older cats are most susceptible to this condition, although young cats can also develop liver problems.

In older cats, the liver often doesn’t work as efficiently as it does in younger animals. For this reason, nutritional supplements containing milk thistle are particularly important for senior felines. Milk thistle helps to improve the liver function in cats.

While the causes of liver diseases are varied, the goal of any holistic treatment plan is to restore the health of the liver.

Hepatic lipidosis, also known as fatty liver disease in cats, usually results when a cat stops eating for some reason. Sometimes the lack of appetite is the result of environmental stress, such as during travel, after the addition of a new pet to the household, or from another situation. Other times, another illness causes the cat to lose its appetite. When a cat stops eating, fat begins to accumulate in the liver. Over time, the liver becomes so fatty that it has difficulty performing its normal functions - thus the term feline fatty liver disease.

Hepatis lipidosis is diagnosed by evaluating the cat's symptoms and through a blood test that exams the cat's liver function.

The first course of treatment for a cat diagnosed with hepatic lipidosis is to get the cat to eat. If the cat refuses food, a stomach tube can be surgically implanted, and liquified food can then be put directly into the cat's stomach. Antibiotics may also be given to combat a possible secondary bacterial infection. 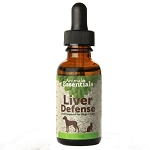 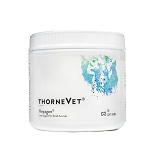