Glucosamine for Dogs and Cats

Joint disease in dogs--specifically, the deterioration of cartilage--is a painful condition known as canine arthritis. Sometimes, it’s a natural part of the aging process. Other times, it’s due to trauma or injury. For certain breeds, it’s a matter of genetic predisposition. Whatever the cause, the result is the same: stiffness, pain, discomfort, and a reduced quality of life for your dog.

Currently, the main group of drugs used for arthritis in dogs is non-steroidal anti-inflammatory drugs (NSAIDs), but these do not slow down the progression of arthritis in dogs. They just treat the symptoms of the disease: joint pain and inflammation.

On the other hand, some researchers now believe that glucosamine for dogs can actually help rebuild cartilage and repair the damage caused by canine arthritis. And best of all, glucosamine supplements have few, if any, side effects because glucosamine is actually a component of joints. (Glucosamine Sulfate is a normal constituent in cartilage matrix and synovial fluid.)

Another benefit of using glucosamine to fight canine arthritis is that it can be used long term with no known problems. Some dog-food manufacturers have even begun adding glucosamine to their dietary formulas, although many vets still prefer supplements as a quality source.

How Does Glucosamine Work in Dogs with Arthritis?

Mainstream veterinary science has been slow to embrace glucosamine as a treatment for canine arthritis because there have been relatively few studies about the supplement’s usefulness. But nevertheless, the research is out there, and so far the news is good.

As reported by the University of Illinois (UI) College of Veterinary Medicine, Christopher Byron, DVM, MS, has conducted studies showing that glucosamine can inhibit the enzymes that degrade an animal’s cartilage, thereby slowing down the damage caused by arthritis and helping to repair the damage.

His studies also show that glucosamine reduces inflammation and pain in animals with arthritis, while enhancing the beneficial activity of chondrocytes, the cells that play a major role in rebuilding cartilage. Dr. Byron preference is for glucosamine supplements that contain chondroitin sulfate because he says it works synergistically with glucosamine.

Other veterinarians have seen the benefits of glucosamine, as well.

Colleen Smith, DVM, CVA, a holistic veterinarian in Chattanooga, Tenn., knows what a difference glucosamine can make in treating dog arthritis. Especially when given in the early stages of the disease, glucosamine for dogs can help heal the damage caused by this disease and help dogs regain their mobility, she says.

When necessary, however, Dr. Smith still uses NSAIDs to treat dog arthritis, but, she uses them in conjunction with glucosamine, and her goal is always to taper her clients off of NSAIDs as soon as the glucosamine begins to take effect, which is usually about a month.

NSAIDs still have a place in treating dog arthritis, according to Dr. Smith, and they’re certainly preferable to steroids, but the fact is that these drugs are “very hard on the liver.”

As for steroids, she strongly advises against them. “I don’t like using steroids at all because of the secondary side effects...but a lot of doctors do that first thing.” Yes, they are taking inflammation down, she says, but they’re also degrading the tissue at the same time.

“They’re are so many secondary effects to steroids, I just don’t think it’s worth it,” she says.

So, getting dogs off of NSAIDs as soon as possible is important. But during those times when a dog may need to be on them, Dr. Smith likes to complement the treatment with milk thistle, which is “fantastic for the liver.” Acupuncture is another useful tool that she uses to help reduce the pain and inflammation of dog arthritis, allowing clients to further reduce their intake of NSAIDs.

This can make it difficult for holistic veterinarians. Often, by the time some dogs are brought in to see an integrative specialist, they are so far down the road in terms of the disease’s progression, that it’s difficult to treat them.

Regrettably, Dr. Smith says, we lose many otherwise healthy animals simply because they can’t get up. It’s too painful for them to move.

Preventative care is a big factor in having a successful outcome with canine arthritis. Sometimes, upon examining a dog, Dr. Smith will observe that his hips are not seated well and the joints are loose. “Over time, that’s going to cause osteoarthritis.” So, she will put these animals on glucosamine, even at an early age, as a preventative measure.

Working with a professional who understands the importance of preventive care should go a long way toward helping your pet retain his mobility and healthy life style. This, in conjunction with important dietary supplements like glucosamine for dogs will give your pet the edge he needs for a good quality of life.
Share |
Previous Post
Next Post 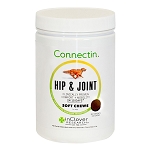 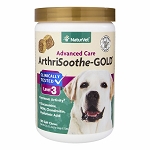 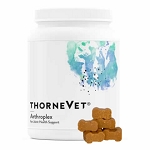 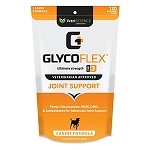 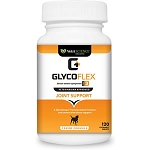 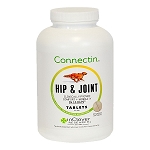 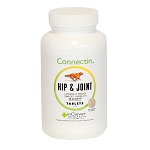